A long time ago, in what seems now a different lifetime , I used to lead walking holidays in the more mountainous parts of these islands. In the evenings we did our best to keep people entertained with games, dancing, quizzes and talks. As there were all kinds of people on these holidays it was difficult to find things that suited everyone. But this little quiz which I devised does the job. Children and adults can compete on equal terms.

There's no prize for this, just a feeling of general smugness if you spot them all. You can cut and paste this, print it out and try it out on kids young and old this Christmas. I'll get around to giving you the answers one day!

Animals, birds, insects and fish can hide in all sorts of
unexpected places. This sentence is hiding one!
Can you see the dingo in
".........is hiDING One"?

See how many creatures you can find in this story.

Mr and Mrs Bickering and their children were out for a walk in the
country. Roger had stolen Cleo's bronze bracelet and had torn the badge
right off her cape. "I've broken the clip on your badge," he laughed,
"and you've got enormous ears!" "Do I always have to tell you off, Roger,"
said Dad, " that's the sixth or seventh time today".
"Just keep ignoring him," said Mum shrewdly, "he only misbehaves
to attract attention."
"It's such a drab bit of countryside," Roger complained, "and we must be
a very long way from home."
"We might be a really long way from home if the car won't start. I hate
to admit it but the car I bought in Rotherham's terrible," said Dad,
"I wish I'd bought a new Toyota. They've got terrific acceleration,
they really do go like a bullet."
They came, later that day, to a steep and attractive valley. "I'd
prefer returning that way." said Cleo. "Pardon me," said Roger, "but
I want to go a totally different route back."
"It's no use always arguing," said Dad, "You both are wrong;
there's a sign up there which implies we go this way."
"Well, I only wanted to see some animals," said Cleo,
"we never see any on our walks!" 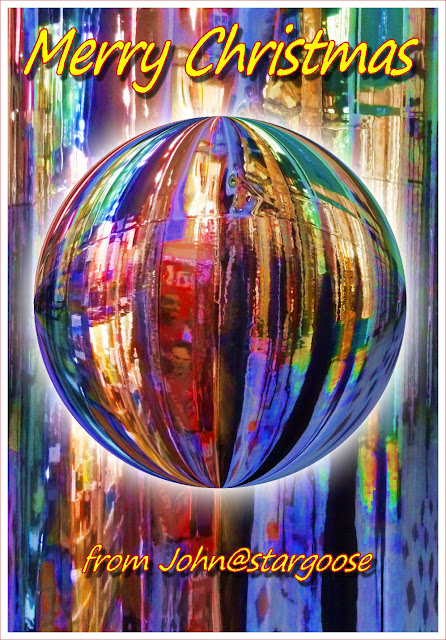 Take care.﻿
Posted by John "By Stargoose And Hanglands" at 20:02